Cantor Carrie Barry comes to The Temple after serving South Florida congregations in both Palm Beach and Broward Counties. With over a decade of experience, Cantor Barry brings to her cantorate a warmth of heart and disposition, creativity and innovation, strong vocal skills with the ability to sing in a variety of styles, inspiring worship and song leadership, musical and Judaic teaching skills for all levels and outstanding competence as co-clergy for all life cycle events.

In her previous congregations, Cantor Barry instituted a number of programs including Cantorial concerts and a “Rock Your Soul Shabbat” monthly worship service with a band made up entirely of talented temple members.  She has written and directed numerous musical Purim spiels including such titles as Little Orphan Esther and Little Shop of Torahs.  Among many other exciting projects, Cantor Barry lead a weekly Shabbat sing-along for the Preschool, organized multiple choirs throughout the year and taught an adult education course entitled “Becoming Service Savvy.”

Raised in Coral Springs, FL, Cantor Barry had the distinction of being named a National Merit Scholar and attended Vassar College where she received her Bachelor of Arts in Religion with both General and Departmental Honors.  Upon graduation, Cantor Barry entered our Reform Movement’s seminary, Hebrew Union College-Jewish Institute of Religion Debbie Friedman School of Sacred Music, in New York City. She spent her first year of study at the College-Institute campus in Jerusalem and during the remaining four years of cantorial training, she spent a portion of her time serving congregations in New Jersey and Illinois as a student cantor.

At Hebrew Union College-Jewish Institute of Religion, she received the Rabbi Jill Kreitman Prize in Homiletics, the Kreitman Prize in History, the Cantor George Weinflash Sh’liach Tzibbur Award, the Cantorial Alumni Association Prize and the Cantor Norman Summers Award for Excellence in Studies.  Cantor Barry holds a Master of Sacred Music and was ordained in 2005.

Cantor Barry lives in Julington Creek with her husband Ian and their two sons Blake and Eli. 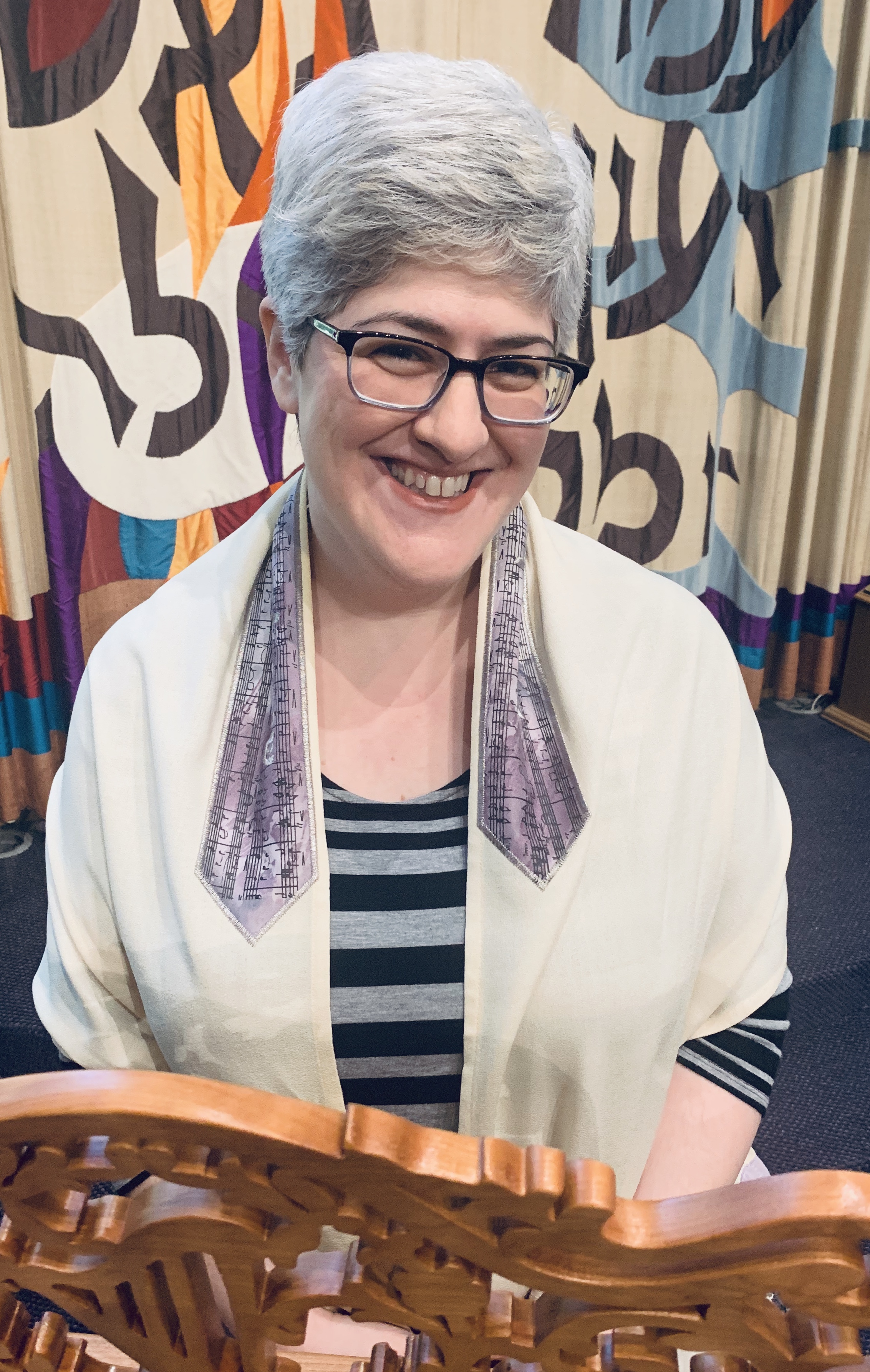